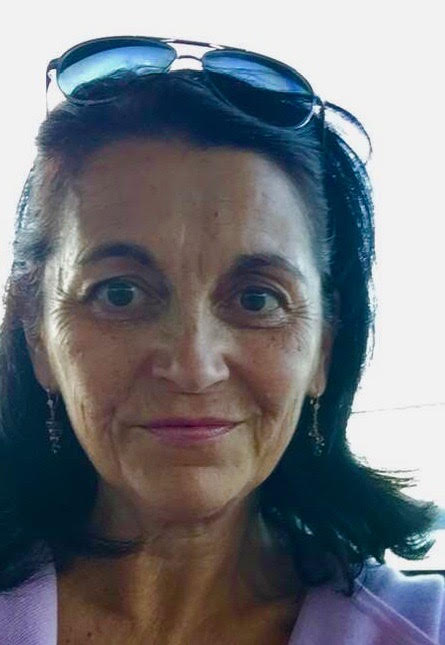 It has been a time. My little family weathered the first part of the 2020 Pandemic year hunkered down in a run-down log cabin on a tiny, socially insular island in the north Pacific. My daughter, called back from Oxford (UK) after our federal government warned us all to come home, spent most of her time in her dark bedroom finishing her 2nd year archeology degree, and trying to make sense of the senseless. Meanwhile, my spouse, furloughed from the film industry, began a series of videos of his singing and playing guitar in order to entertain friends and family, as well as himself. I quietly sunk into a creative stupor and binged on endless repeats of Shtisel, Schitz Creek, and Kim’s Convenience. Only now as I read this do I realize that all three series were about complex, beguiling, and often humorous family situations, and all these families were in part similar to my own, a family I missed very much.

As the Pandemic settled in, I was forced by deadline to return to my work. In late 2020 I finished my new opera on Louis Riel (that has subsequently been cancelled three times because of C-19) and produced a series of podcasts on the project while mentoring two young research assistants. Eventually, my spouse returned to work in the film industry, and my daughter returned to the UK to finish her degree in a bedroom in north Oxford. Life seemed to resume, sort of. In fact, I felt so depleted that when I finished the opera I turned to my spouse and said, “That just about killed me.” Little did I know how accurate that statement was.

I was okay. Until I was not. Late in 2020, I could not climb a few stairs without being out of breath. I was misdiagnosed for four months until in late April, after agonizingly painful procedures and waiting times, I was told I had Stage IV lymphoma. In 2021, I endured a year of isolation, fear, pain, agony, doubt — all beyond what I could have imagined. My treatments landed me in hospital three times, once for 10 days on the acute care ward for lung transplants (they didn’t know where else to put me). I spent months in bed looking out at the mountains, filled with grief that I might never hike them again.

All summer I heard from friends and family about reunions. I saw photos of holidays. My social life consisted of seeing people — lovely, kind nurses and specialists — who needed to do unpleasant, painful things to my body. The loneliness continued because due to C-19, even the comradery of the ill was denied us; all of us were all separated, even as we received the powerful infusions, the poisons that would save our lives. To be gravely ill during C-19 is a loneliness beyond loneliness. But for the mercy of a loving spouse, who never lost his faith (despite him being one who does not overtly profess faith), I could not have survived. I survived and they tell me they cured me.

One thing I observed during 2021, my ‘lost year’, when I could only observe and not create, was that the world’s enforced stillness seemed to provoke extreme reactions in creatives, a binary of sorts; some artists rejoiced and created wildly, while others froze. I belonged to the latter group and froze mentally, then physically. Do I feel anything ‘good’ will come, artistically, of my experience? I sincerely doubt it. I have no desire to revisit 2020-21. They were a wasteland, and somebody has already written a definitive version of this, The Wasteland.

Dr SM Steele is an award-winning poet, installation artist, and librettist. Steele is Métis from the Gaudry/Fayant families, families that trace their roots to the first families (Anishinaabe and French) of our nation of nations, Canada. Her work is broadcast internationally, studied, and presented internationally (Oxford and London, UK; St Andrews, Scotland; Amiens, France; Germany; Belgium; China, and across Canada). Steele is an Senior Honorary Fellow of the University of Exeter, has a PhD (University of Exeter, UK), a BMus (voice) from UBC, and a Master of Library and Information Science from the University of Western Ontario. Steele has managed several large projects and is currently a co-director of a SSHRC research project on the aesthetic translation of Indigenous languages. She is the author of Li Keur, Riel’s Heart of the North, with music by composers Neil Weisensel and Alex Kustoruk, premiering in 2022-23 with the Winnipeg Symphony. From 2008-10 Dr Steele was a Canadian War artist and accompanied an infantry battalion to war and back, an experience reflected in her and composer Jeff Ryan’s war requiem, Afghanistan:Requiem for a Generation, last performed at Roy Thompson Hall with the Toronto Symphony and a stellar cast of world class performers, the Vancouver Symphony Orchestra and the Calgary Philharmonic.

One thought on “Creating the Pandemic. non-fiction by Suzanne Steele”