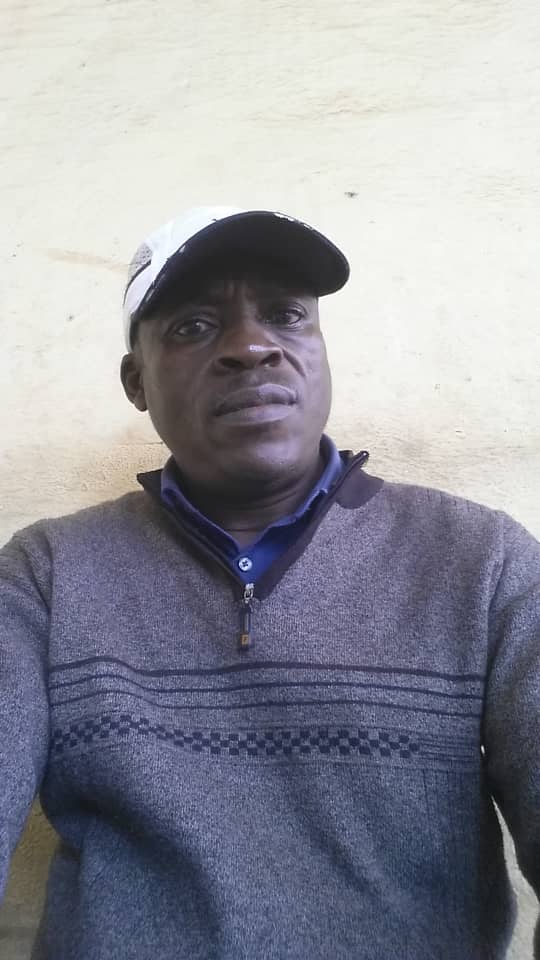 THE SHAMING OF OSHIA
It was a day in April, but not April 1st, lest you conjecture that it was April fool! A day that would enter the annals of chroniclers in my Oshie clan as the date of the most ridiculous drama of the masked dance dubbed Oshia! The cosmic setting was Ogyi-Onwek, at the foot of the black rocky boulders of Togobei-Ku. This masquerade dance, aka Oshia, usually staged in honour of someone of late, a notable or a militant of the fetish cult, was here celebrating one of ours.

The actors here constituted of the audience, the drummers and the dancers. The dancers included a number of masquerades known as njid, dressed in fibre-woven gowns; the blouses attached to the swinging skirts called awanda. They went bare-foot, with rattles tied above the ankles of both legs. In one or both hands, they held whips cut from the stalks of banana plant leaves. Being naturally hostile towards on-lookers who did not belong to the cult, the whips were used to flog the unfortunate spectators who fell in their snare.

Angwi was a peculiar object of curiosity; a vivaciously sexy creature to behold. Dressed in tight-fitting thread-bare fibre-woven regalia, with semi-long sleeves, a metal bell on one ankle and a red hood on the head that cut the image of a Shakespearean clown; he was not so much the centre of attraction with the presence of njid-njid. A small fibre handbag that banked his collections was hooked on the left arm while the right hand held a dagger whose role was unknown given that the fetish jester was generally friendly, lively, entertaining in his beggarliness, style of dancing, and harmless threats.

This ritual dance was, as earlier intimated, in honour of one of our late fathers, a notable who passed on to our ancestors several years back. The compound’s surrounding yard and the plantations formed a befitting setting for the performance. The stage was a spacious flat pitch in the yard while above it was a natural slope full of plantains and coffee plants, occupied by delirious spectators. This setting cut the image of an ancient Greek natural theatre. The audience of this drama was in the main young men who could run .Women were not allowed to watch so they all went out of sight, shutting themselves in rooms and kitchens where they
could secretly peep through keyholes, door shutters and window gaps. Nevertheless, a few recalcitrant young women who felt bold and smart enough to run infiltrated the men. The dance arena, the stage I mean, and the popular side of the audience were separated by a steep cliff more than four metres in height. This made it a herculean task for the masquerades to attack the spectators. The jujus had to circumvent this obstacle by going round the buildings and sneaking into the plantation to surprise the spectators from the rear. In most cases, their attacks targeted mainly those they thought ought to be initiated into their group or those who owed them a celebration like the current one. The jujus chased these ‘debtors’ and thrashed them up as a way of asking for the debts to be paid. But sometimes the jujus went out of hand and attacked anyone watching them without belonging to the cult.

The uninitiated young men from safe positions sang and danced, albeit forbidden, to provoke the initiated actors and the masked dancers. The drama became spectacular and exciting when the jujus sprang out like antelope hunters to grab the provoking young men who on their part scattered in the plantations like broods of chicks at the sight of a hawk. This was characterized by screaming and shouting at pursuers’ misses and near-misses of their targets.

Unlike the revered but dreaded njid, Angwi was friendly and easygoing, especially when one held out a banknote to him. The higher the amount, the friendlier he became to the extent that a non-initiated person might converse with him. He was often seen amongst the spectators begging for money.

A young man, emboldened by his intimacy with Angwi failed to run when the masked dancers came chasing again. The juju that ran in their direction found this defiance inadmissible and motioned to the youth to leave. But convinced of his security in the presence of Angwi, the young man remained adamant which enraged the juju. As the masquerade tried to whip the youth, Angwi protested and tried to shield him. Lucifer broke loose from hell as the embittered juju fell on Angwi with jabs and punches seen only in heavy weight boxing bows or World Wrestling championships. There ensued a serious fight and soon both jujus were rolling and yelling on dry coffee and plantain leaves like two wild cats! Their howling was so loud that all
those about ten metres away from the scene could hear them. “Abomination of the highest order!” many exclaimed.

We had known throughout the years from childhood that jujus were not humans; that they sprang out of a deep lake into which they returned after performance; that they never talked, talk less of falling. It was ominous and foreboding to see a juju fall. Spectators therefore screamed as the masquerades tumbled and rolled, with Angwi caught between self-defense and securing the coins and banknotes spilling off his unzipped handbag bank.

Bewildered dancers rushed to the scene and eventually separated the fight but the irreparable damage had been done. Angwi’s red hood that was almost pulled off was quickly adjusted and he seemed to bleed while someone injected an in-joke that the aggressive juju sat weeping audibly under a plantain with his head down! As the interveners led the culprits back to the stage, the audience hooted and booed. They jeered and sneered; they yelled and shrieked, ejaculating their disgust in a chorus of ‘’shame on you, shame on you!’’ and swore that they would give that particular juju a severe beating if he dared step his feet off-stage around the spectators again.
The dance consequently lost alacrity, became low-spirited and ended in a very sombre mood as the dancers danced with their heads bowed. An act of emotional recklessness by a haughty individual had marred not only that particular Oshia but had seriously bruised an important cult of Oshie tradition.

Joshua Akemecha hails from Oshie Momo Division and holds a B.A in Modern Letters in English, (FLSS University of Yaounde,  1991) and a PGD-DIPES II ( ENS Yaounde,1999). His literary craftsmanship was sharpend by CROSSING BORDERS, a University of Lancaster-mentored creative writing programme 2004-2005). He has etched some prominence with local awards in poetry and short stories. President of CAMELTA ( Cameroon English Language and Literature Teachers’ Association), West Region, from 2011 to 2017.

His publications include TIMELESS MEMORIES (2015), TRUE FRIENDS & SIX STORIES (2020) and poems in anthologies like BEARING WITNESS edited by Joyce Ashutangtang and Dubosi Tande (2020) and POETRY IN TIMES OF CONFLICT edited by Geraldine Sinyuy and Meera Chakravouti (2021). A seasoned high school teacher of English Language and Literature in English with countless presentations on Language and Literature teaching at CAMELTA National and chapter symposiums, Joshua is presently a Vice Principal in a lycee, and a member of ACWA (Anglophone Cameroon Writers’ Association).