‘If She Must Be a Myth’
Review of Red Comet: The Short Life and Blazing Art of Sylvia Plath
by Heather Clark, Alfred A. Knopf, 2020. 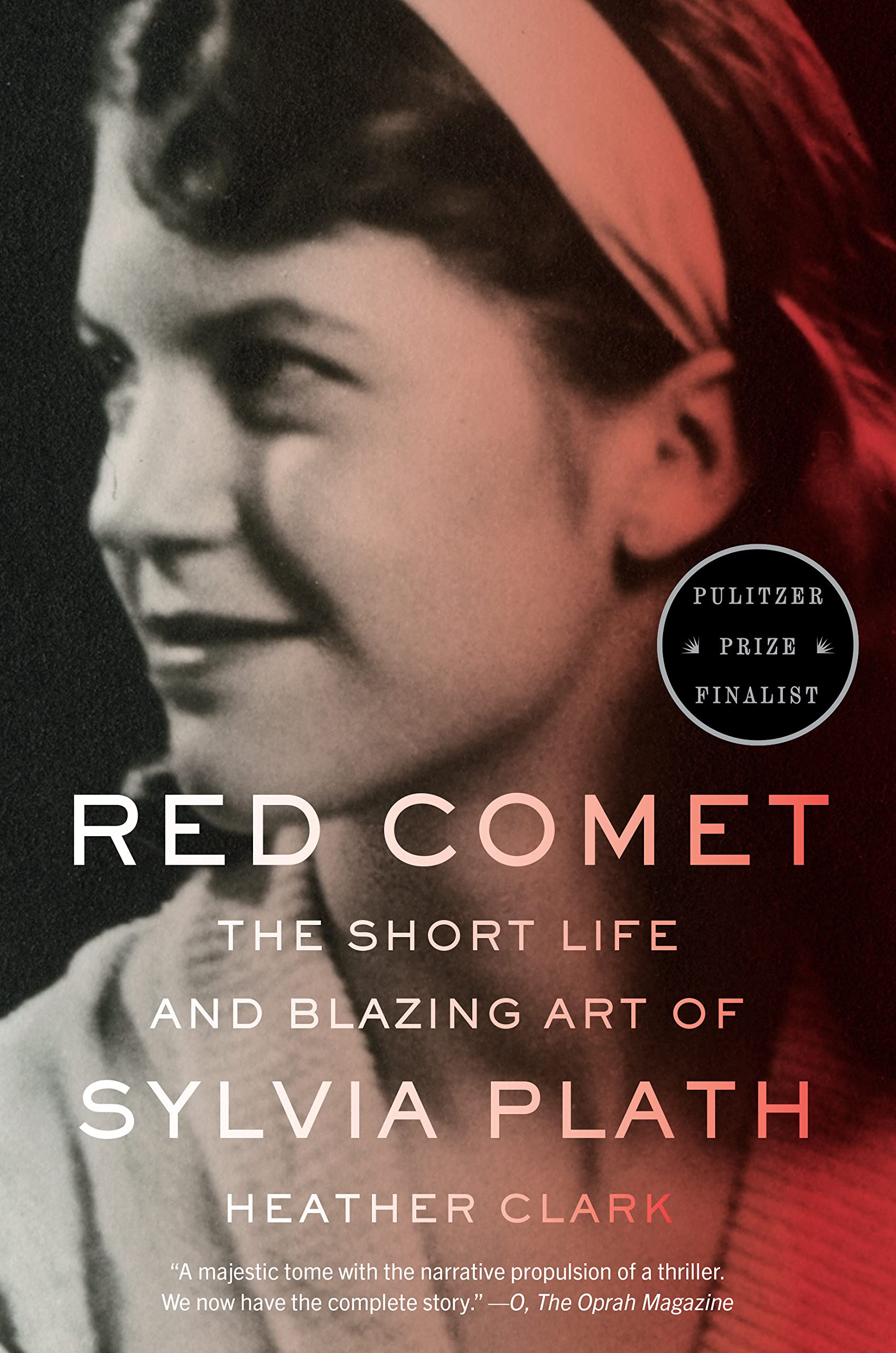 The old comparisons to Medea and Electra no longer hold. If she [Plath] must be a myth, let her be Ariadne, laying down the threads, leading us out from the centre of the labyrinth. Let us not desert her.

I’m just finishing this brilliant yet very heavy (literally at 1100 pages, and figuratively) biography of Sylvia Plath by the American biographer, Heather Clark. To say it is a tour-de-force is an understatement. And yes, it does what Clark sets out to do, and that is shift the focus from her death, despite its ever-presence in the collective literary conscious, to a rich, rich life filled with good and loyal friends, people who cared for her deeply with friendship (and financial assistance), even to her final days/hours. The carefully detailed description of this care certainly corrected my previous understanding of Plath as a woman I had been under the impression had been left wholly abandoned, sick, to die alone; many people were absolutely present for her, even hours before her death 24/7, and this speaks of how worthy people felt she was.

The miracle of Plath, I realize as I read this 1100-page hard cover book (ouch, I had to use a pillow on my lap), is that she wrote anything lasting at all, never mind what many believe to be the very best of 20th century poetry, given the circumstances of her post-marriage, quotidian life and her times as a woman of the 1950s – early 60s. And of this poetry — the very best of her best— she wrote while weighted down by tremendous grief and loss at her husband’s desertion and the knowledge of his comparatively breezy life with another woman/women, coupled with his increasing fame and rising financial fortune. And oh, the irony that a woman’s best work comes from a man’s absence.

Plath was raising two very young and frequently ill toddlers alone in a foreign country. She had money worries, struggles with conventionality, the pressing need to be with a man (it was the early 60s and to be a single mother was unthinkable as only 2% of UK women were at the time), the horrendous cold of the 1963 winter, and UK housing (it may have been Yeats’s house, but the heat wasn’t working, and the bath was filled with brown sludge). Then there was the woefully inadequate psychiatric care of the times; Plath was a stew of prescribed antidepressants, sleeping pills, and OTC pharmaceuticals at the time of her death, for which many of the contraindications were not fully understood at the time.

Plath’s friendships ran deep, and as the author illustrates, these were loyal and good friendships, many with other women. One of these was with Ruth Fainlight, an American poet living in the UK at the time of Plath and Fainlight’s meeting (she still lives there). Both very young and brilliant poets, they were married to men who quickly became more ‘famous’ than they, despite their talents. Fainlight was married to Allan Sillitoe, author of Saturday Night Sunday Morning (made into a film with Albert Finney in 1960), and The Loneliness of the Long Distance Runner (another novel turned into a film) and much more. Both husbands, Ted Hughes and Sillitoe, were working class men who broke through the upper echelons of the British class system through their art (the chip on the shoulder and how fame only partially mitigates it is not explored deeply enough in this book I believe, and actually may not have been understood quite enough by Plath). The friendships between the couples were close, yet sometimes I wonder if Fainlight and Sillitoe were at an advantage, since they engaged in different genres (poetry vs. prose/drama) than the Plath/Hughes poetry sweepstakes.

Fainlight and Plath found in each other a comradeship as outsiders, talented women of great ambition who worked against a tsunami of sexism, dismissal, and cultural expectation. Undoubtably they would, as Americans, have been labelled outsiders in the UK — yet another barrier. Certainly, as the author of the biography illustrates over and over, Plath’s ‘Americanism’ — her beautifully coiffed hair, her figure, her clothing, and how she kept her home sparkly and beautifully decorated (in contrast to post-war, dreary Britain), etc. — created real barriers for her as she lived in a cold, grey climate of mediocrity (oh the food!) among people still reeling from the war.

I myself remember, as late as the 1990s, while living overseas, hearing the denigration of Americans. They were mocked for their shiny looks, their enthusiasm, their ‘over-friendliness,’ and I recall that they were criticized especially for their nice teeth.

To be compared to one’s more ‘famous’ or distinguished or accomplished husband is beyond disheartening — especially if one is equal to or more talented than said husband. I’m afraid that I too am guilty of perpetrating such nonsense. In 2014, I met Ruth Fainlight at the Robert Graves conference in Mallorca (my PhD focuses on Graves’s WWI experiences). Because I was friends with RG’s son, William Graves, I was invited to many meals and social activities, which Ruth was also part of. I remember sitting next to her, introducing myself, and asking her about her interest in RG. Fainlight and her husband had known RG well; they had gone to Mallorca to be close to him. Fainlight was a poet, she told me. Then she told me that she was Allan Sillitoe’s widow.

Well, I am ashamed to say that I gushed about Sillitoe’s Saturday Night, and asked way too many questions about him rather than Ruth’s work (which I ought to have at the very least googled and studied in detail that very night out of sheer courtesy). And thus I played into the stinging hand of sexism and being in the shadow of fame that dogged Plath, and, I suspect, Fainlight, for most of their creative lives (Plath, as we know, promoted Hughes heartily from the very beginning, typing his work, sending it off, celebrating his victories; I suspect Fainlight had done the same). I feel I owe Fainlight an apology (and shall do so via email later today).

I am lingering in the latter pages of Red Comet, wanting to finish it yet also not. The author’s analysis of the poetry is extremely good. When I first saw it in 2020, I honestly wondered why one might need to read another Plath biography. Well, the author has managed to disentangle Plath from the pity of pathos, and has created a clear-eyed record of brilliance despite all. Still, this is a cautionary tale for any woman who might (even to this day) believe she can ‘have it all’; that is, as a mother, wife, human being, and — horror-of-all-horrors — as an artist.