The poets in this book are from many corners of the globe, a lot of
them from places with wars. What does it feel like to be “collateral
damage”? Does the violence the world gives you surge past the poverty
the world gives you in your list of immediate obsessions, does the
violence of war differ from the violence that follows wherever war has
been, does the hatred needed for war dissipate faster than the
chemicals and radiation, or is it redirected less gruesomely than the
cluster bombs?

In this book are people who know what war does to the world. They also
know and draw references to the popular culture of the places dealing
the weaponry and targeting the missiles. They have something to
contribute to that culture — an understanding that war is not an
institution to tolerate or respect or refine or glorify, but a
sickness to despise and abolish.

Not just abolish. Replace. Replace with compassion, with fellow
feeling, with courageous sharing, with a community of peacemakers that
is global and intimate, not just honest, not just straight-forward and
informed, but inspired and insightful beyond the power of prose or
camera. For the pen to have a chance at being mightier than the sword,
the poem must be more powerful than the advertisement. 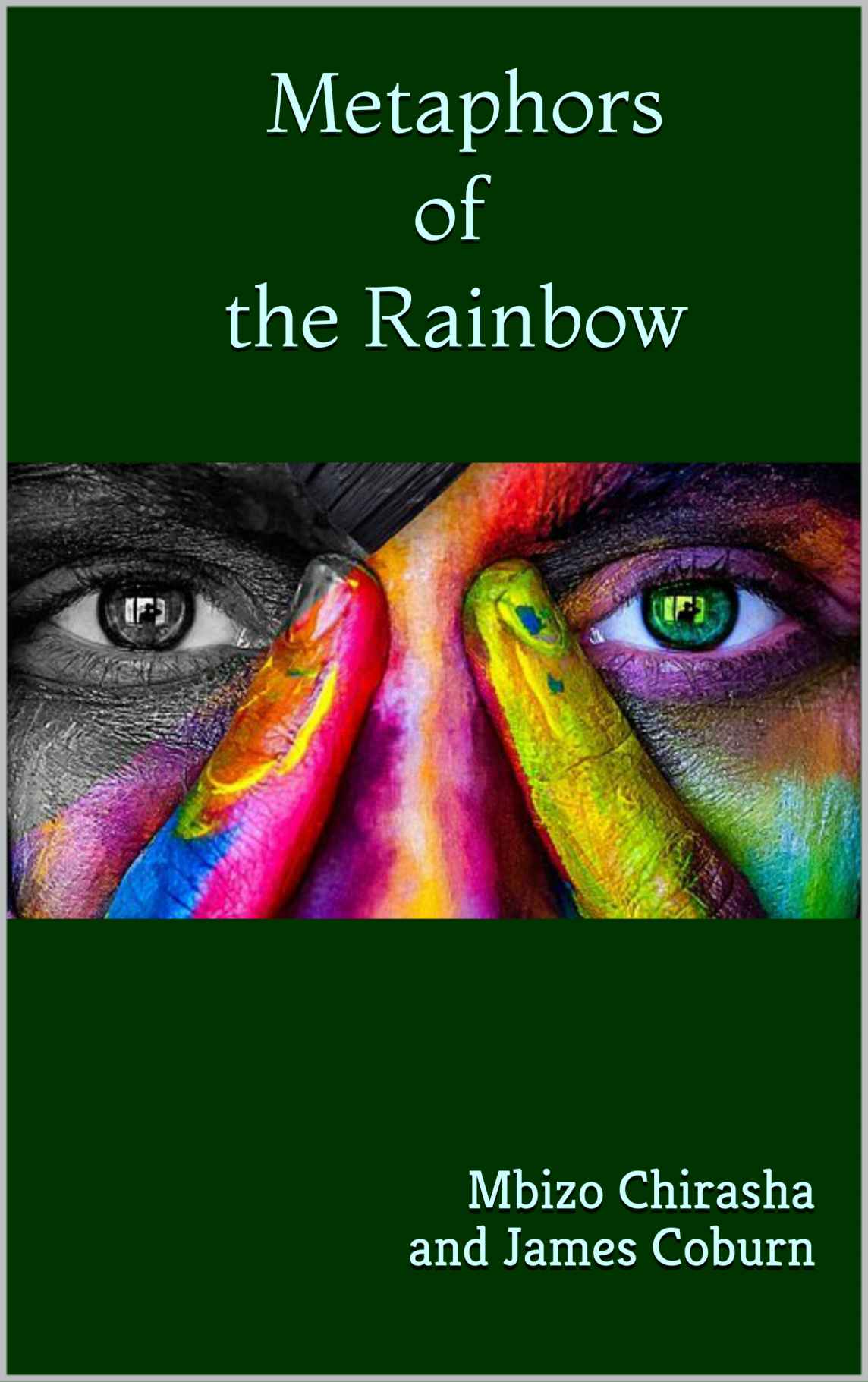 As do the souls of Men reflected on their actions and words in this
arena of the incessant flow of the River of life that answers to
humanity. From the land of the Brave (USA) and other accolades from
history, comes James Coburn, a world acclaimed master story teller in
verse. From the heart of Africa, the cradle of man, is the great griot
black poet Mbizo Chirasha who has remained a fugitive from his home
country of Zimbabwe for his courage and bravery in daring to question
the leaderships in office about corruption and human rights abuse.
What a twosome!!

To read through their incredible book, METAPHORS OF THE RAINBOW, is to
be invited to a surgical room where injustice is being addressed by
un-apologetic poetic surgeons with no visible anesthesia, with
microscopic detail. Sharp metaphors, drilling imageries and the
prowess of a river smooth, sure and guaranteed knowledge of its power,
delve deep into the social tumors of injustice as it’s stared at and
condemned in classical hyperbolic phrases that ring into the readers
ears long after putting the book down.

Experience in the field of fighting injustices in human rights related
situations, has birthed incredible verses that resonate with each
man’s wordsmith excellent recital. That this book is dedicated to
world poets of resilience, resistance, human rights crusaders and
social justice advocates goes to showcase art rising to the fore of
leadership in writing to right the wrongs that plague societies and
individuals in our world. Come sample the awesomeness of the rainbow
rich in its bitter sweet array of verses.