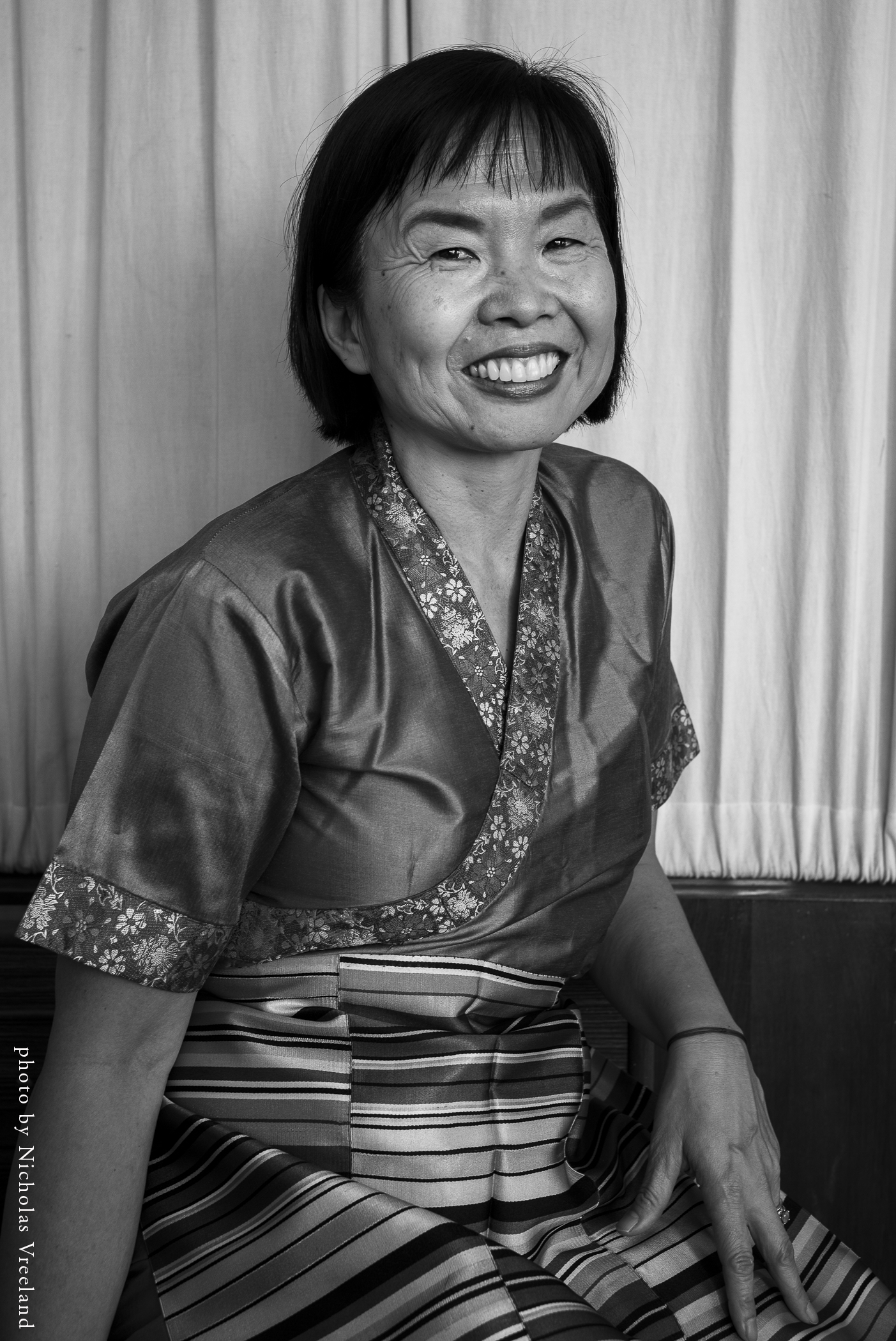 Before I See You Again

He ran—on the loudspeaker, “SQ 63, gate E7, now open for boarding”—his shoes tapped the floor—not her flight, there’s still security—an old couple appeared in his path, the husband helping his wife into a wheelchair, dim sum pastry bags swinging on handles—the older man’s eyes widened seeing him, would he knock them over?—he swerved, the scent of mothballs rose from the couple’s rarely worn wool suits—an image appeared of his mother handing him folded maroon cloth for his new monastic life, her hands cradling his face, Ama-la, I promise—the old woman shouted just as he passed, her wheelchair rolling away, he grabbed her before she fell. “Ai-ya, so strong! Just like you were once, husband, this good boy!” Cold hands patted his cheeks. He lifted her into the wheelchair as Husband nodded, “Ho! Ho!” crying out in Cantonese, they praised him mixing languages, “Good! Good! Strong young man,” “Handsome like you once, Husband!”, “Haha! Ho! Ho! Thank you! Faidi, Faidi, hurry, don’t miss your plane—” They gave him permission, he waved, placed palms together and ran on…. Then he saw her, next to her aunt, her cousin arriving kissing both her cheeks, she searched the crowd while talking—then—she saw him, tiny smile. Sweat rolled down his spine, he wiped his face, composing himself.

Her mind swirled—Do what you’ve been taught never to do—she pressed her aunt and cousin aside, running toward him. She tripped. He caught her, bumping heads when standing. Thousands of sparkling tiny buddhas scattered in their eyes.

She greeted him in his language, “Tashi Delek, Jaz.”

For the first time that day, they laughed.

Annie Bien has published flash fiction, poetry, and translates the Buddha’s teachings to gain perspective on the world. She is a flash fiction winner and finalist of the London Independent Story Prize, a Pushcart Nominee, and English translator of Tibetan Buddhist scriptures at 84000, Translating the Words of the Buddha. This flash is an excerpt from an upcoming flash novel, Rain at Fragrant Harbour. http://anniebien.com