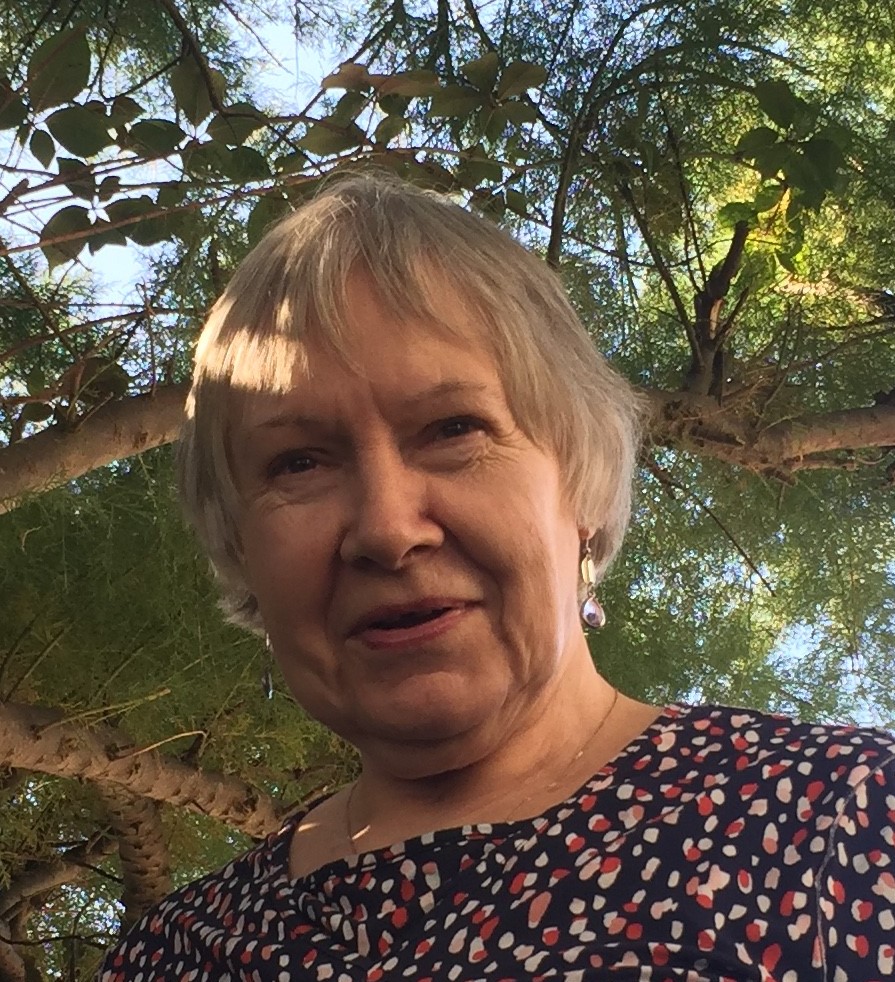 Lettuce leaves, like cockle shells layered on each other, circled the edges of the plate. Coming round from the opposite direction were slices of ham. Tomatoes, beetroots, and cucumber slices filled in the middle space. Sometimes there were also halves of boiled egg. It was all held together by large dollops of thick Heinz salad cream. A glass bowl of onion rings in vinegar (mother’s favourite touch) stood in the centre of the table to add at will. A fleet of bread and butter spread across a large plate.

But Sundays were different. We had a proper roast.

On another plate were a dozen freshly baked jam tarts. These were tasty right now, still warm with the red raspberry jam shining and glossy. The uneaten ones were put back into the sideboard cupboard. They came out again, day after day until by Wednesday the last ones had become rock-hard and a hazard to teeth. Even the jam had solidified. The glass bowl of vinegar rings kept them company on the dark sideboard shelf alongside the wedding-present silver salt and pepper pots and the drying mustard in its little blue glass container.

“Bung us the salt,” Vin said. (He was called after St Vincent de Paul as his father was brought up in an orphanage.)

“Oh, Vin,” Celie said. “Let’s have less of that shipyard talk at the dinner table.” (He worked in the offices of a shipyard.) He started up, dramatically throwing his knife and fork on the floor where they clattered on the black and red tiles. The dog yelped in fright.

“You want to  be treated like a queen! You wear the trousers then!” He threw his keys onto the floor, shoved his chair aside and whirled into the hall. Stomp of footsteps and slam of the front door. It was a wonderful performance. I watched the skillfulness as well as being startled. Mother burst into tears.

She cried in my arms, as innocently as a child. They were like two children, playing at mummies and daddies, trapped by the solid furniture.

“It’s all right for you,” she sobbed, “You can leave when you’re twenty-one, but I’ve got to stay here forever.” I counted from sixteen to twenty-one. |Five more years to go. Over her shoulder I caught the eye of The Laughing Chevalier as he watched these goings-on from over the mantelpiece. Since the new fireplace was installed, he had been brought in from isolation in the unheated sitting room and hung in the living room as another member of the family. He watched in amused disbelief.

Father returned, with a knock on the door not long after. The pubs were all closed and all the streets around were quiet in their usual Sunday after-dinnertime-hush. I was sent to open the front door as liaison work. He hung up his coat in the hall and sat back at the table again. She said nothing, putting his dinner back on the table on its warmed-up plate and then going into the back kitchen to make a fresh pot of tea. I sat down again, opposite her, to give support. We two talked across his fuming silence with self-conscious false bits of true news. We were well-practised in this. The storm had subsided, at least on the surface. I did not know what was going on. An adjustment in the power play. But it wasn’t play. It was real life.

Later, after we did the washing up and returned all the crockery and cutlery and remnants to their proper places, she went off for her rest. She was exhausted. This was always a mystery. Every Sunday afternoon she disappeared off to bed right after dinner as if after a major battle. She would not reappear until after five p.m. He would collect more coal into the fireside scuttle and then perhaps go next-door to visit his mother or go over his stamp collection. The multi-coloured stamps stomped across the pages like tiny soldiers in various battalions.

After tea, a lack-lustre event, something like  cheese on toast, he would disappear again as soon as the pubs opened again at seven. Or he sat, tense, doing nothing, by the fireside, looking into the flames. She would suggest going to Benediction with me (from a wide selection of churches in walking distance) or getting the bus up to her mother’s in Penny Lane. This time I asked her as we waited for the bus,

“Why don’t we have a salad, then, for Summer Sundays? Then you wouldn’t need to go through all the cooking, all the oven and the meat spitting and all the peeling vegetables and all the pans all steaming, boiling over and their lids jumping up and down and the kitchen clouded with steam and then all the washing-up.” She looked at me in shock.

“You can’t say that. It’s not at all possible! A proper Sunday dinner has to be done, there’s no other way.” It was all a ritual. Society would break down otherwise. We had to continue all through summer with a proper roast beef. Sometimes it was pork or lamb, depending on what was available at Mr Price’s butchers down Leece Street.

Summer evenings, the bedroom window open, the dark green wartime blind rattling gently in a gentle breeze, the curtains moving slightly, I laid in bed listening to the sounds of the street. Late on, Jimmy Moran would come along, whistling happily in the empty summer street. He was courting a girl along Pilgrim Street and often came home late. He did not go in the front door up some steps opposite; he would use the side door that led direct into their low kitchen with its black grate and dark walls, its outside toilet through the scullery.

Next door from the Moran’s was a stable where a trader kept his pony and cart, with a litter of straw and harnesses. After that there was Mrs Cook’s lodging house. There was a saying that any Chinaman in a taxi was going to Mrs Cook’s; we often saw their amazed face as they regarded the street and landed at her door. Mrs Cook’s little grandson had a habit of stealing out of the house, walking round to the 73 bus stop and, blending in with a group of passengers, get onto any passing bus. By the time the conductor found out the child was not attached to any of the adults, little Sammy would have travelled quite a few stops before he was found out. They then had to get in touch with the police to see him home and gradually all the conductors got to know his scheme and they thwarted his getting on in the first place.

The two extremes; horse and cart, straw-filled stable and the bus stop with regular Corporation double-deckers; nineteenth and twentieth centuries combined a few houses apart. And all along, the summer Sunday roast that kept the neighbourhood together, with its remains reconstituted into a Monday stew.

Pat Jourdan is a painter from Liverpool College of Art. Winner of the Molly Keane Short Story Award and second in the Michael McLaverty Award, won the Cootehill, Poetry Pulse and Veterans Awareness prizes, published in  200 magazines, with 4 self-published novels, 5 short story collections and 6 poetry collections. Mentioned in Ian McEwan’s Saturday, p137 as “Pat Jourdan, a little-known poet of the Liverpool School.”

Lived in Galway for 10 years; divorced; 2 sons; now lives in Suffolk down a country lane.