This page is a surprise book birthday present for Marthese Fenech, whose decades-in-the-making trilogy reached its epic conclusion this month. Mar is not only a WordCity Literary Journal contributor and supporter, but a friend and an inspiration. With her brave and capable women characters, Mar’s historical fiction, and Mar herself, embody the spirit and strength of our September theme and we couldn’t be more proud to present not only a poem by Mar, previously featured in WCLJ’s very first issue, but this spread featuring all three books in The Knights of Malta trilogy. Congratulations to Marthese Fenech, our brilliant, fierce and unwavering friend who is also our beloved “fucking hurricane”! 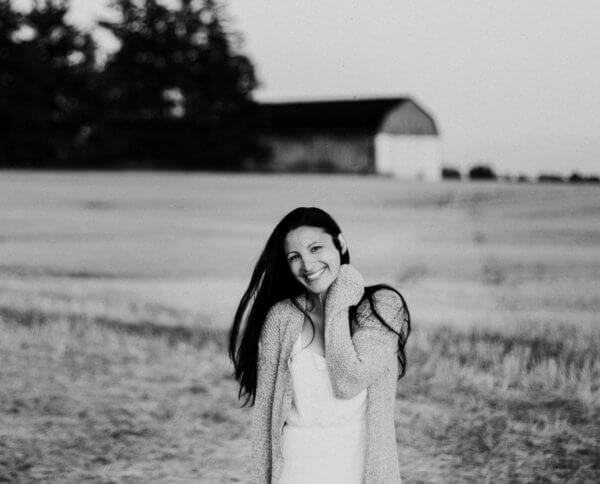 From the publisher: The ghosts of war leave no footprints. When legendary Ottoman seaman Dragut Raїs attacked the Maltese islands in 1551, his army left Gozo a smoking ruin emptied of its entire population. Among the five thousand carried into slavery is Augustine Montesa, father of Domenicus and Katrina. Wounded and broken, Domenicus vows to find his father, even if it means abandoning Angelica, his betrothed. Armed with only a topaz to serve as ransom, he sets out on a journey that sees him forcibly recruited from the streets of Europe and thrown into the frontline. On Malta, Katrina struggles to find work after the Grand Master has her publicly flogged for speaking out against him. When at last, she stumbles upon a promising position, all is not as it seems. Her job forces her to confront a terrible truth—one that may prove disastrous for Robert, the man she loves. Hundreds of leagues to the east in Istanbul, Demir, son of a wealthy Turkish bey, works hard to become an imperial Ottoman horseman, despite having to endure the cruelty of his father and half-brother. Life takes an unexpected turn the moment Demir encounters a young woman, stolen from Malta, brought into the household as another of his father’s servants. Falcon’s Shadow sweeps from quarry pits to sprawling estates, tumultuous seas to creaking gallows, the dungeons beneath the bishop’s palace to the open decks of warships. Fates will collide at the Battle of Djerba, a momentous clash which unites lost kin, only to tear them apart once more. 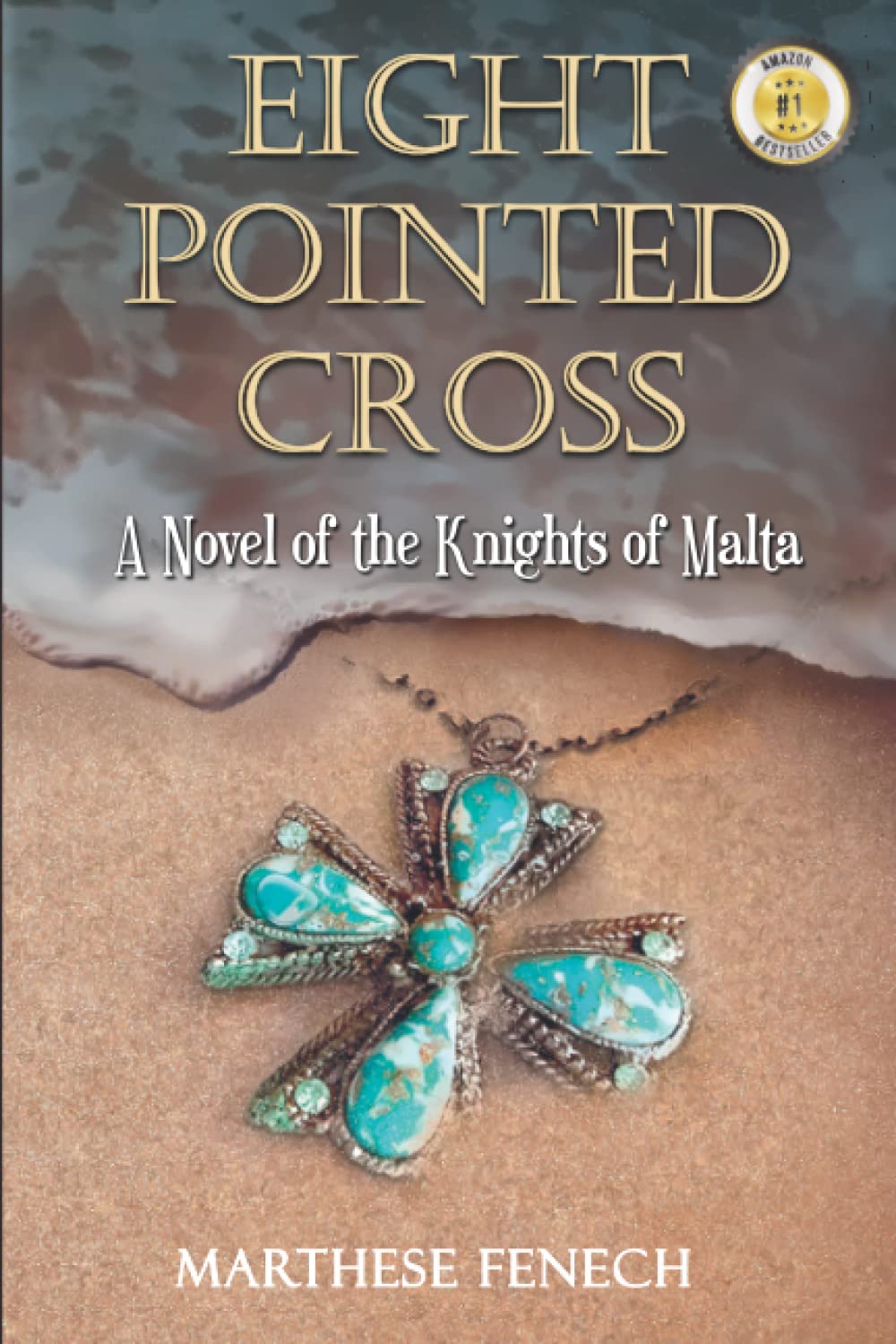 From the publisher: The violent clash between the Ottoman Empire and the Knights of St John on the island fortress Malta serves as the backdrop to Eight Pointed Cross. Young siblings Domenicus and Katrina Montesa live under constant threat of raids by the Ottoman Turks, the staunchest enemies of the Christian knights. All the while, hundreds of leagues away in Istanbul, Demir’s dream of becoming an imperial horseman in the Sultan’s cavalry is his only salvation against relentless torment by his cruel brother. The Turkish invasion of Malta and the island’s bloody defence will forever change the lives of the three protagonists, whose fates are intertwined not only with each other, but with nobles and peasants, knights and corsairs, tyrants and galley slaves, on both sides of the conflict as the novel sweeps across the Mediterranean world of the sixteenth century—from Malta, a barren Christian outpost, to Istanbul, the glittering seat of Islam, from filthy prison cells to lush palace gardens. Against soaring sea-cliffs and open sea-lanes, the men and women of Eight Pointed Cross face corruption and oppression, broken vows and betrayal, as two great empires collide. Surviving this battle-soaked world of swords and scimitars will test the limits of every character’s courage, loyalty, and love. 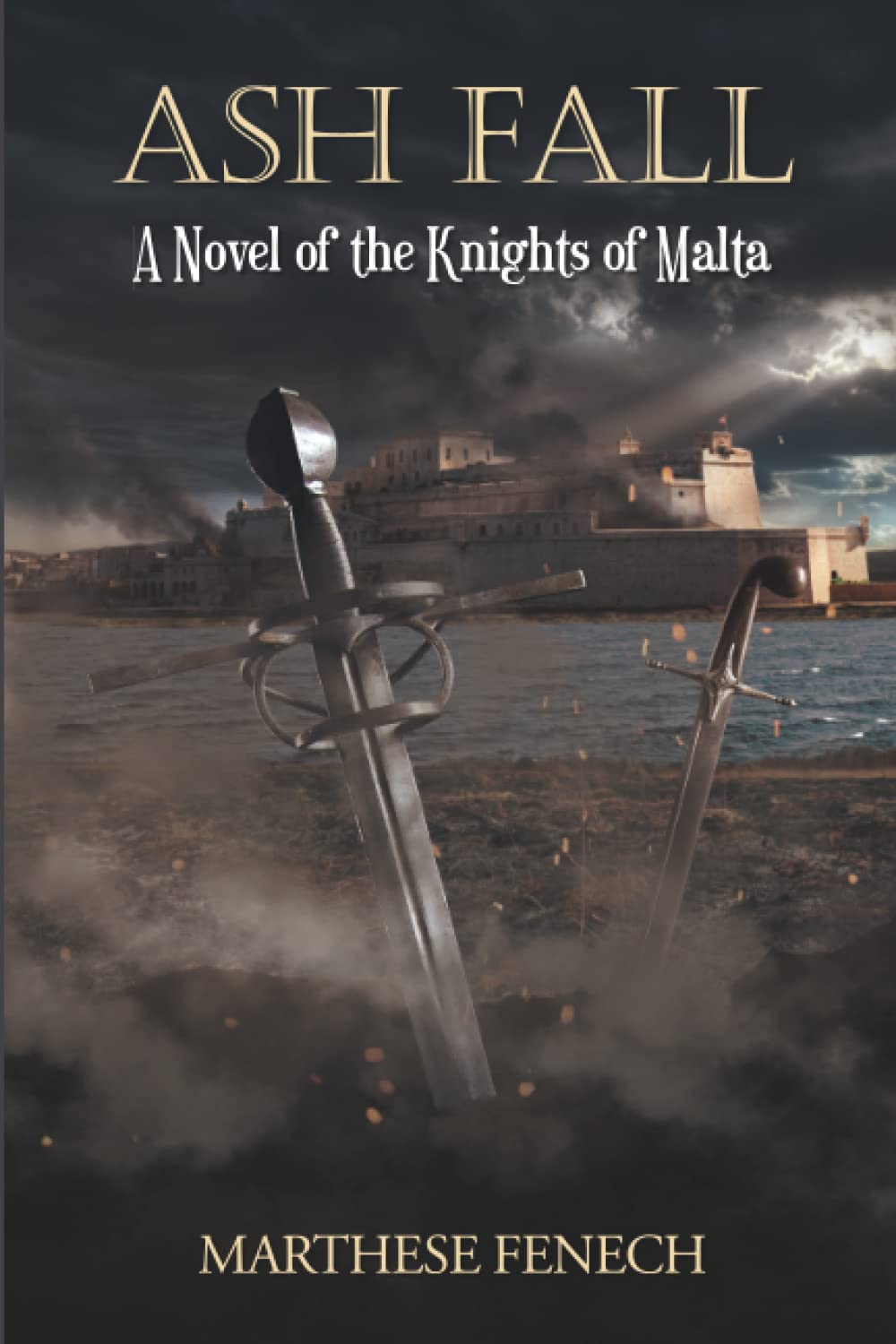 From the publisher: 1565. Malta stands on the precipice of one of the bloodiest battles in history. An elite Ottoman army, 50,000 strong, prepares to depart Istanbul, the seat of the Empire. Deeply conflicted, Demir must sail alongside the host determined to conquer his mother’s homeland and crush the Order of St John once and for all. Testing his loyalty is the knowledge that Angelica, the half-sister he has never met, dwells on the tiny island.

As the Maltese garrison braces for the incoming storm, knights and civilians stand shoulder-to-shoulder on the walls. Domenicus and Robert volunteer for the ramparts of Fort St Elmo, the most precarious position on Malta. Angelica finds herself locked outside the city gates and scrambles to a hilltop citadel, where she helps establish a makeshift infirmary. Katrina takes up a bow and stands a post, shielding her town as the Ottoman tide crashes against it.

For several blood-soaked months, Malta is the stage upon which fierce combat rages. Heads are fired from cannons, field hospitals set ablaze, knights crucified, and soldiers melted where they stand. As the land exhales swirling ash, and narrow streets choke on rubble, no one escapes the fiery currents of war unscathed. The body count surges. Hope scatters with the smoke. Outflanked and outnumbered, can the defence hold out until a much-delayed relief force arrives from Sicily?

Marthese Fenech is the number one bestselling author of epic historical novels set in sixteenth-century Malta and Turkey. She has also written the pilot episode of a television series based on her books.

Research has taken her to the ancient streets her characters roamed, the fortresses they defended, the seas they sailed, and the dungeons they escaped.

Obstinate curiosity has led her to sixty-five countries across six continents. She does her best plot-weaving while hiking mountain trails, wandering local markets, paddle boarding cliff-sheltered bays, and sitting at home with her Siberian husky curled at her feet.

The youngest of five, Marthese was born in Toronto to Maltese parents. At twelve, she moved to Malta for six months and was enrolled in an all-girls private school run by nuns; she lasted three days before getting kicked out for talking too much. Back in Toronto, she started a business editing and selling bootleg heavy metal concerts. She later worked with special needs children and adults, witnessing small miracles daily.

Mar has a Master’s degree in Education and teaches high school English. She speaks fluent Maltese and French and knows how to ask where the bathroom is in Spanish and Italian. She took up archery and wound up accidentally becoming a licensed coach. A former kickboxing instructor, she snowboards, surfs, scuba-dives, climbs, skydives, throws axes, and practices yoga—which may sometimes include goats or puppies. She lives north of Toronto with her brilliant, mathematically-inclined husband and brilliant, musically-inclined dog, known to lead family howl sessions on occasion.