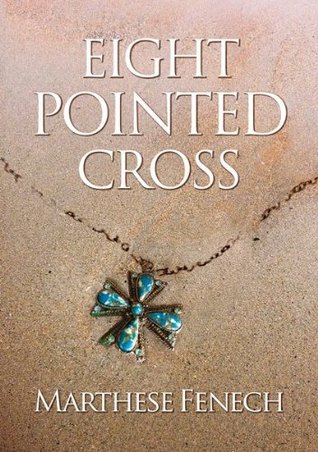 This novel is wonderful. It has the perfect blend of historical detail, emotional depth, and action/intrigue.

The novel is set in the mid-1500s, on the island of Malta, during military aggression between the Ottoman Empire and the Knights of St John. The story features some battle scenes but mainly follows the life of two siblings (Domenicus and Katrina), who are well-off peasants who live in Malta. There are also some chapters devoted to Demir, a young boy living in Istanbul under a powerful and tyrannical father.

As much as the battle scenes are exciting and uncensored for violence, the regular life of the two siblings is the most fascinating part of the novel, as we are shown in detail how “regular” people lived in that time period. We are exposed to how they are socially constrained (in terms of gender roles and class) by the Order of Knights and physically threatened by raiding pirates and the Turkish invaders. Yet, the Turks are not vilified – both cultures are shown to be suffering from militant ideology and corruption.

What I particularly enjoyed was how the female characters were given as much attention and depth as the male ones. How the different women defied or adhered to the extreme patriarchy they are forced to exist in was realistic and relatable. The male characters were well-developed and likable, even the tormented Franco.

There is just enough exposition of the culture, landscape, and historical data to paint a vivid picture but not enough to get boring. I couldn’t put it down. 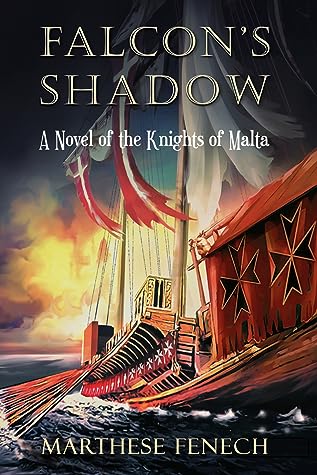 While Eight Pointed Cross takes a little to get going, as it has to acclimatize the reader to the time period and the characters, Falcon’s Shadow begins with a punch that leaves you breathless. The most horrific part about the treatment of prisoners in the 1500s is the fact that it actually happened. It’s a stark reminder of why human rights are something we shouldn’t take for granted, even today.

As with its predecessor, Falcon’s Shadow is clearly painstakingly researched. Every little detail feels authentic and Fenech does not shy away from the gory details of life before sanitation.

Part of what makes it feel so real is the dialogue. Unlike a lot of historical fiction that employs a formal speech pattern to suggest antiquity, this trilogy allows its characters to talk in a way that balances anachronism with realism. It’s extremely compelling.

Fenech excels at a number of different narrative facets, but for me, I was particularly engrossed by three aspects:

First, how she’s able to disarm not only the characters but the reader, about other characters’ true intentions. We’re given a limited perspective into five or six characters throughout the series. This leaves us able to understand and empathize with their actions, but we are given only small glimpses into other characters. This is done particularly well with Diana, a minor character who has a major impact.

Second, the battle scenes are utterly engrossing. I don’t read a ton of historical fiction, but I read a lot of fantasy. Fenech’s action is comparable to Steven Ericson or Joe Abercrombie. In fact, despite the story being wholly rooted in realism, I think military fantasy readers would also enjoy this novel as well as military history buffs.

Third, there is a deep critique of systematic power structures that rely on racism and sexism to cement control. This is seen with all the characters, but most viscerally by the heartbreaking way a character is treated after being manipulated by another character simply out of spite. Her sections were utterly frustrating with regard to female agency and bodily autonomy, even more so because treatment of similar nature still happens today. Only in a few countries today are women fully in control of their own bodies. This makes the general critique of these ancient, yet still existing, institutions all the more poignant.

I could go on further, but I’d be branching into spoilers. If you enjoy impressively researched history, realistic characters for whom you root and despair, and a story that dries out your eyes from compulsive reading, get Falcon’s Shadow. 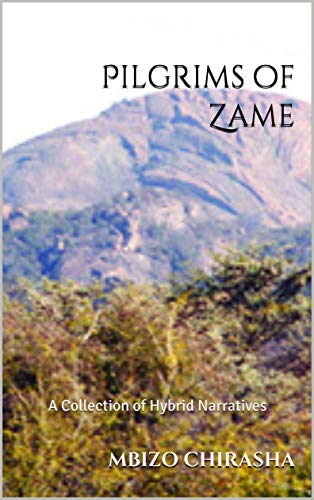 In Pilgrims of Zane: A Collection of Hybrid Narratives, Mbizo Chirasha first takes the reader to Zimbabwe for a spiritual celebration, to which the congregants bring their supplication for rain.

Here, millet beer flows freely and wafts the aroma of bread. “Men [sit] on leopard skin mats and women [sit] on sheepskin.” Nuns dance with a dignity that is written into the variety of the shapes of their creation.

Today, as I read and write about Chirasha’s narratives, my desk looks out onto a cold and wintry Canadian scene. Our places on this earth couldn’t be more different. And yet, the writer, the poet, the griot from Zimbabwe moves a mighty pen as he brings the warmth of his country all the way here, to the Northern Rocky Mountains of my home.

In “Letters to God,” he reveals the poetic soul of an environmentalist as he writes:

“When the red glow of heat persisted like in hell. Silence and barrenness are weaved together onto red earth. While rivers become white washed skeletons of dry sand. Elders spoke in tongues to the wind… They are told to wash their feet and dance to Gods. They were punished for replacing forests with concrete jungles. Birds and spirits of the land were now vagabonds. They are told the earth is simmering in abomination and Gods are angry and choked with carbon laced fumes. They are warned of the coming of devil’s triplets: hunger, heat waves and cyclones. They paid their ornaments, applauded the gods and returned to their hovels underneath the fringes of Zvagona hills.”

But it is not the poverty-stricken here, the ones housed in hovels, who are to blame, and we see the unfairness of the gods’ judgement on those who only ask for rain.

And then the rain comes.

“Midnight City,” finds the author “Downtown under the old bridge, [where] (d)elinquent boys, serial drunks, life rejects and diehard ex-convicts [ease] their bones after a day’s hunt of food in rubbish jungles. Today their dinner is a dozen of expired tins of beef and a crate of burnt bread crumbs.

Here, seediness and disease, drugs, prostitution and rape are driven by poverty and corruption. Because “(h)ere is where political players deposit the country’s future in pink bras. Mugs of cheap whisky castrate city leaders into useless imbeciles.”

In Pilgrims of Zame, celebration and violence erupt on the same page:

“[The] new year boomed to life with cheap firecrackers, sparking the heavens open for blessings. The faint scent of Christmas had vanished, long since fading into the burning heat. The latest music vibrated the entire village. We enjoyed so many assorted meats, their tastes were all as one in our mouths. Fanta and Coca Cola drinks soaked our okra-hardened bellies. We ate English and drank American that day…

“Yes, our joyful morning went by with its gossip-beat; the afternoon elapsed with sweet odors of roasted meat and sunset shadows, and then, the once-silent Mandoza took over our night by spewing gunshots, death threats, and insults.”

Celebration and violence are hand-in-glove in this collection. And through it, like an aroma permeating its pages, we discover the author’s love for his country, as infused into these stories as the scent of roasting meat.

What Branches Grow pulls you into its vortex of action, spins you around and around (in the best possible way), and does not release you until you have read its beautiful final lines.

T.S. Beier applies a deft hand to the crafting of this Post-Apocalyptic tale and showcases a depth of perception when it comes to the human condition, human nature, and the human spirit. She manages to weave an elaborate plot brimming with tragedy but always offers just enough humour to balance the pathos.

Central characters Gennero and Delia are layered, fleshed-out characters whose personal struggles, sorrows, and triumphs carry What Branches Grow to its stunning conclusion. Readers will connect with these two individuals, root for them, suffer their hardships, and cheer their victories. Both characters undergo incredible arcs as a result of separate and joint experiences that transform them and force realizations that are often borne of shared trauma.

As a dog lover myself, I particularly enjoyed Beier’s treatment of Mort, the pug, a source of much-needed comic relief. I found myself laughing out loud—then remembering lines throughout the day and giggling to myself. Multifaceted protagonists Perth and Carn had the same effect while also inspiring empathy and affection from readers as they cope with the relentless challenges throw their way.

Her world-building is exceptional, making it easy to visualize the different towns, the barren landscapes, the night sky, the empty roads.

What Branches Grow is unflinching, exciting, and moving. You will tear up. You will laugh. And you will hope for a sequel.